If you have been charged with a crime or are the target of a criminal investigation, you face a potentially life-altering problem. In confronting these high stakes, you need an experienced attorney with demonstrated expertise in criminal law.

I provide high-quality criminal law representation for select clients in trial courts throughout the Bay Area, including Marin, San Francisco, Alameda, Contra Costa, San Mateo, and Santa Clara Counties. I have a proven track record for exceptional results. I can bring expertise and extensive experience to your criminal law matter. I can provide you with the peace of mind that comes only from placing your defense in competent hands.

I also offer my personal investment in your cause. I measure success by the well-being of my clients. I dedicate myself to achieving the best possible result in every criminal law case I take on.

About Me My Primary Practice Areas I have experience handling all types and levels of California criminal cases, including expertise in:

Violent / Serious Strike Felony Charges. Certain “violent” or “serious” felonies, listed in Penal Code §§ 667.5(c) and 1192.7(c) (including homicide, most sex crimes, and many crimes against a person) carry additional consequences under California’s “Three Strikes Law.” If a defendant is convicted of such a “strike” felony, the possibility of a prison commitment is substantially higher, especially if a named victim has been seriously hurt or has died. Moreover, following a strike conviction, any future felony conviction results in a doubled prison sentence with no option for probation. If a defendant with two prior strikes is convicted of a third strike, the mandatory sentence is 25 years to life. Defendants in certain serious sex cases may also face a possible life sentence despite having no prior record under the “One Strike Sex Crime Law” (Penal Code § 667.61). Given these dire possible consequences, a case alleging a strike charge demands the most vigorous defense available. I have extensive experience handling serious or violent felonies, including those with possible exposure of life in prison. As a prosecutor, I spent several years assigned to a felony department with a steady in-flow of strike felonies. As a Marin County criminal lawyer, I have represented numerous clients charged with strike felonies with the understanding that failure is not an option in these high-stakes cases.

Misdemeanors and Overcharged Felonies. A surprising fact about the criminal justice system that many people, who have minimal or no records, gainful employment, and everything to lose, find themselves involved with the criminal justice system. These defendants are generally charged with misdemeanors or “wobblers” (crimes which can be charged at either the misdemeanor or felony level). Such offenses may include less-serious crimes against a person, property crimes, drug crimes, weapons offenses, DUIs and other vehicle offenses, and crimes against the government. These non-criminal defendants facing such relatively minor but usually overcharged misdemeanor or felony cases often feel scared and bewildered, especially if they have little or no experience in the criminal justice system. Often, these defendants are being painted by the prosecution in a way that does not fairly reflect who they are. The good news is that a competent defense can often dispose of these kinds of cases in a way that leaves little or no mark. As a former prosecutor and a skilled defense attorney, I know how to fight back against these typically overzealously-charged cases against decent citizens and win dismissals and substantially-reduced dispositions.

Criminal Cases Involving Mental Health Issues. Today, mental health issues are more prevalent than ever, in criminal courts. Many defendants are unaware that their conduct, which fairly or unfairly has led to criminal charges, may be in fact the result of mental health issues. Many are also unaware that there are recently-enacted programs and policies which can not only offer treatment, but also relief from conviction or incarceration. As a Marin County criminal lawyer, I offer my clients litigation strategies and wrap-around services to achieve these non-punitive, treatment-oriented case solutions.

Crime Victim Representation. Victims of crimes face a different set of issues and challenges, including how to navigate the police investigative process, how to be heard by the prosecution and the court, how to approach a subpoena to appear as a witness, and how to recover as much as possible what was lost emotionally and financially. Victims may also have questions about whether additional legal avenues should be pursued independent of the criminal case, including restraining orders or civil lawsuits for damages or injunctive relief. As an experienced civil litigator and former prosecutor, I have extensive experience fighting for the interests of victims and plaintiffs.

Second Opinions. If you currently have representation, but you still do not feel 100 percent assured regarding the direction of your defense, a second opinion from an independent attorney with expertise in criminal law can provide peace of mind or a much-needed wake-up call. I offer comprehensive file reviews and in-depth second opinion consultations at a reasonable hourly rate. This small investment may make all the difference in your case.

Your future is too valuable. Contact me today for a free confidential consultation about your criminal law matter. 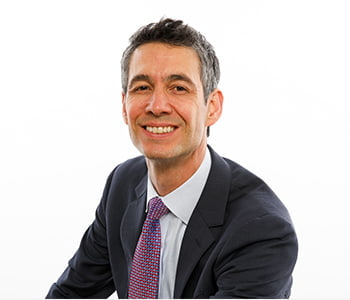 Will Morehead provides high-quality criminal law representation in trial courts throughout the Bay Area. A California-licensed attorney since 2004, Will has handled, from both sides of the courtroom, over one thousand criminal cases, ranging from misdemeanors to homicide. Will is an effective litigator and advocate in the criminal justice system. In approximately half of the cases Will has handled as a private defense lawyer, he has achieved a dismissal of the case for his client.

View More
Case Results
View More
Client Reviews
★★★★★
Will is a fantastic lawyer. This isn't the first time I've had a run-in with the courts. Will is the hardest working and most thorough attorney I've worked with and absolutely went above and beyond in my case. Every possible avenue of defense from motions to appeals were worked, and though my case didn't end up with the strikeout win we all hope and wish for, I would have no hesitation to hire him again should I ever find myself needing a defense lawyer again. I highly recommend him if you find yourself needing help. Jesse
★★★★★
Will Morehead is a FANTASTIC attorney!!! He is professional, knowledgeable, personable and time-efficient. He answered my call immediately and after I explained my situation, he was able to give me an overview of the law as it related to my situation, and to project the possible outcomes. I felt immediately at ease talking with him. Christine
★★★★★
I worked with Will for about a year. He was able to help me receive my freedom. In order to do that, Will had to overcome multiple challenges and he overcame them all. I'm very happy to have worked with him, he's a very trustful hardworking man. I'm very greatful for everything he did did my family and I and will forever be. N.A
★★★★★
Will Morehead is masterful. He is truly masterful. Never mind that he is pleasant, he has the goods in spades. Remarkably talented and doing the work he was always meant to do, whilst ever refining a skill set that is already stellar. In my case, Will had to sift through, digest, edit and utilize loads of material with less than half the normal time to prepare. Chris
★★★★★
The best defense is indeed a great offense. Lighten your journey by retaining Will Morehead as your criminal defense shield. One of the brightest lights in the profession of legal advocacy, Will Morehead will forever be my "Warrior Will." If you are in need of Criminal Defense protection, it would behoove you to call out to him today. My case resulted in DISMISSAL by the Court on July 27, 2020. Melissanne
VIEW MORE
Submit a Law Firm Client Review
Contact Us